We are Cypress Himalaya Tours and Treks

We have been taking people for transformative experiences in The Kingdom of Bhutan since 2014. Traveling to Bhutan is so unique, unlike anywhere in the world. For those who's journey takes them far beyond the ordinary, we invite you to be a team leader, and co-create your trip of a lifetime in Bhutan. This site is to help you to bring your own group and teach your class in Bhutan. Combine what you love to do, with a cultural tour, artistic retreat or festival. ~Building Community ~Bringing your gifts to Bhutan. Retreats on the Rooftop is a journey of a lifetime. Cypress Himalaya Tours and Treks is a certified Tour Company under the direction of The Tourism Council of Bhutan. 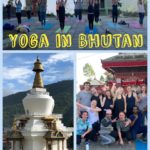 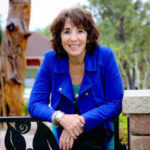 See All Retreats and Trips

In the Heart of the Himalayas

The Kingdom of Bhutan is a small land-locked nation nestled in the eastern Himalaya Mountains, north of India and south of Tibet/China. The enchanting landscape is mostly mountainous with some fertile valleys. Conservation of it's rich biodiversity is one of the governments highest priority, with 50% of the land designated for National Parks, nature's reserves and bioligical santuaries. It's also the only remaining Vajrayana Buddhist Country left in the world. Visited by Padmasambava in the 8th century, it has many sacred pilgrimage sites. It was completely cut off for centuries to avoid and protect itself from foreign influences, remaining a mystery until it opened it's borders in 1999 to limited toursim. It is now well known for its unique culture, architecture, and preserved natual beauty. In recent years Bhutan has moved from Absolute Monarchy to a Constitutional Monarchy in 2008. Bhutan is a country known for it's GNH established by Jigme Singye Wangchuck, His Majesty the 4th King of Bhutan.This good governance model has elevated Bhutan as a nation who successfully unites spiritual values with domestic policies. This holistic and sustainable approach to development which balances the worldly material with the highly spiritual is the reason travelers love to visit the Kingdom in search of happiness. Therefore, Bhutan is often referred to as the last Shangri- la. The current 5th King of Bhutan is Jigme Khesar Namgyel Wangchuck, coronated in 2008, he's known as the Druk Gyalpo, translated means Dragon King.

Yes, I want to lead a trip to Bhutan!